THE INTERPRETATION OF FANTASY

I write fantasy. I create worlds. It’s an art, that comes from the soul. It’s Ars Ex Animo. Fantasy is not, as many think, a mere creation of the mind. It is more of an interpretation of things that lie deep, within our spirit.

For example, one does not need to be a king, in order to know what it means to lose a kingdom. If you have lost, let’s say, a career you loved, you know.

One does not need to lose a child, in order to know how it feels to have your heart broken and ripped out of your chest piece by piece. If you have put all your love, talent, time and effort into one project, only to have it cut off in its bud, you know.

One does not need to have walked through the desert to know how it feels to be dried up and exhausted. If you have gone through an emotional desert, where nothing blooms and your life seems to be nothing but dry bones in the wind, you know.

You see, Fantasy, is never what it appears. It’s always something else. In my book, “The Basket-maker”, I talk about a wounded man who wakes up to discover that he has no memories of the past, or of himself, and he learns the art of basket-making as a way of living. But the book is not really about a man making baskets, not even about a man who used to be a king, a husband and a father. It’s actually about the utter humiliation of being reduced to nothing. It’s about his struggle to find himself, apart from anything he might have been in the past. It’s about his effort to bring up out of his nothingness, something of value. Find a role in his world.

Our books, our stories, are part of our biography in the sense that they contain part of our soul. But they are biographies in disguise that need interpretation. From Tolkien and C. S. Lewis, to the last insignificant author who chooses to write Fantasy, we all know that it is the only genre, which will allow us to pour our soul on paper, discreetly.

Like many other novels, Fantasy also addresses issues of all kind. Existential issues, social issues, religious issues, political issues, family issues. Even when we write about non-human beings, we usually apply to them –with some exceptions- problems and feelings similar to those humans face. There is always a reason why someone goes to such a length as to create another world and populate it with beings that are not human. I assure you, we don’t do it for variety, and we don’t do it because we have had enough of this world and want to create something new. Every Fantasy writer has his or her own reasons, and nothing it’s done at random.

If you think that writing Fantasy it’s easy, you obviously haven’t tried it. I know many people like to read biographies as biographies, and not have them disguised into Fantasy or even Mainstream novels. One of the reasons is that people like to talk about other people’s lives. Now, don’t throw stones at me, I have nothing against biographies. Sometimes, it’s useful to read about other peoples’ lives and struggles, and how they have overcome certain trials. There are lives worth writing and worth reading about. I also know that the most interesting stories are there, where we would least expect it; among simple and insignificant people. A novel writer has the power to bring into the light some of these obscure lives, and a Fantasy writer can transform their struggles into an art of the soul. 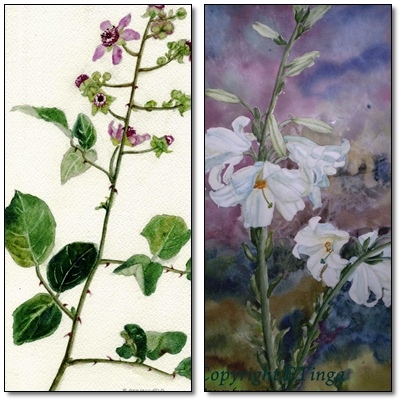